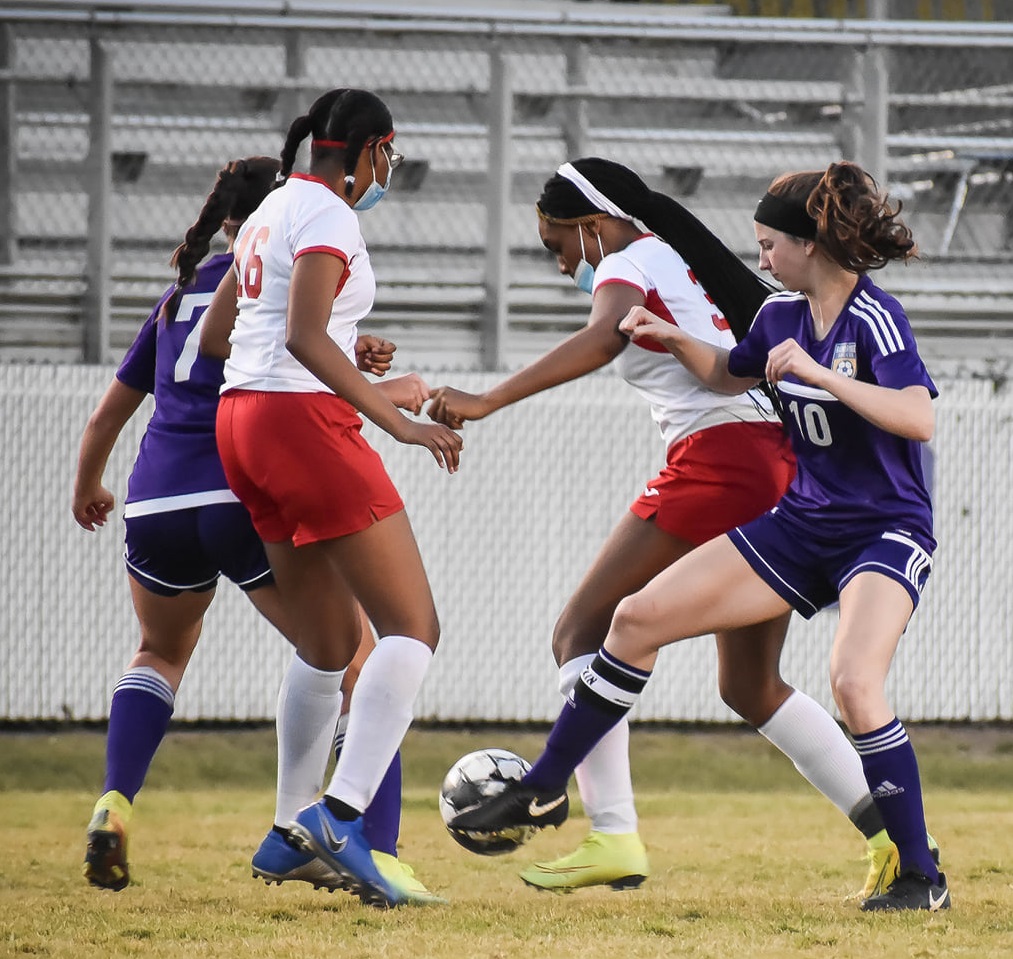 The Lady Cats picked up their third region victory on the season by defeating the Westover Lady Patriots 8-0, led by Mach’s second consecutive hat trick games scoring 4 goals on the night.
In the 14th minute of the Match, Rodriguez sent in a cornerkick that Mach knocked in from 2 yards out to give Bainbridge a 1-0 lead.
Rodriguez scored in the 28th minute, from the top of the six yard box as Hill centered a pass to her at the top of the pentalty area giving Bainbridge a 2-0 half time lead.
In the 45th minute Mach got tripped up in the Westover penalty area, but before going down was able to send a nice thru pass to Victor who scored from six yards out upping the Lady Bearcat lead at 3-0.
Mach then went on a scoring spree by finishing with goals in the 49th, 56h, and 65th minute to give Bainbridge a 6-0 advantage.
Hill scored, in the 74th minute, from 10 yards away on a pass from Bainbridge Senior Isabella Marquez pushing the score to 7-0.
The final scoring on the night came, in the 79th minute, as Pascual scored from 12 yards away after receiving a pass from team mate Anna Kate Littleton.
Assisting the scores in the game were: Rodriguez with 3, followed by Mach, Hill, Marquez, Littleton and Sophomore Brennyn Timmons with one a piece. Senior goalkeepers Ashante Peterson and Brooke Worsley combined for the Shutout as Bainbridge outshot Westover 41-1.